Compare prices and find affordable car hire in Minneapolis Airport. We search among multiple suppliers to find the cheapest prices. Unlimited mileage, the necessary insurance and tax are included in the rate given. 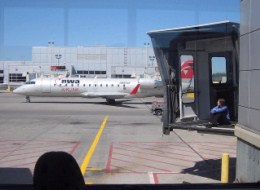 The Minneapolis – Saint Paul International Airport (MSP) is a joint civil – military airport for public use. It is the busiest as well as the largest airport to serve the upper Midwest region of the United States, including Iowa, Minnesota, North Dakota, South Dakota, and Wisconsin. In regards to passenger traffic, the Minneapolis – Saint Paul International Airport is the fifteenth busiest in the United States. In 2010, the airport served 32,839,441 passengers.

For those entering and exiting through the Minneapolis Airport, there are numerous amenities to make the trip more enjoyable, including various eating establishments, shopping opportunities, currency exchange desks, ATMs, tourist information, and an array of car hire companies providing great deals on car rental options.