Compare prices and find affordable car hire in Orange County. We search among multiple suppliers to find the cheapest prices. Unlimited mileage, the necessary insurance and tax are included in the rate given. 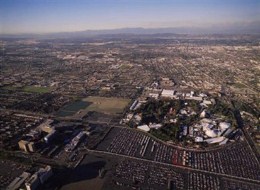 Orange County is one of the most well-known counties in all of California. It is the third most populated county in the state. It boasts a population of 3,010,232 inhabitants (2010) and is 947.98 square kilometers in size. Some of the most well known cities in the county include Anaheim, Laguna Niguel, and Newport Beach. The county is known for its high level of tourism, housing numerous beaches along its 64 kilometers of coastline. It is also home to two of the biggest attractions in all of California – Knott’s Berry Farm and Disneyland.

Other things to see and do while in Orange County include the Ocean Institute and the Mission San Juan Capistrano. There is also Irvine Spectrum, Top of the World, Dana Wharf Sportfishing and Whale Watching, and Flightdeck Air Combat Center.