Compare prices and find affordable car hire in Sanford Airport. We search among multiple suppliers to find the cheapest prices. Unlimited mileage, the necessary insurance and tax are included in the rate given. 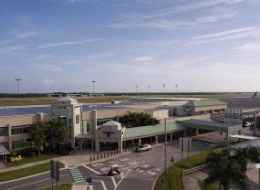 The Orlando-Sanford International Airport (SFB) is a public commercial airport located in Sanford, Florida, right outside of Orlando. It was originally built as a military installation called the Naval Air Station Stanford. Because of heavy flight training operations, it is often considered one of the top busiest airports around the globe in regards to total flight operations. It also has a function of being the secondary commercial airport for Orlando.

Once inside the Sanford Airport, there are quite a few amenities that travelers may be interested in. These amenities include tourist information, car rental kiosks, shopping boutiques and restaurants, and ATM machines to withdraw money for the trip.