Compare prices and find affordable car hire in Washington DC. We search among multiple suppliers to find the cheapest prices. Unlimited mileage, the necessary insurance and tax are included in the rate given. 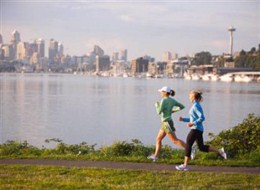 Washington DC (District of Columbia) is the capital of the United States of America. It is where all three branches of the federal government are located, over 175 foreign embassies, as well as headquarters to major trade unions, lobbying groups, non-profit organizations, and organizations like the World Bank and the International Monetary Fund. The city boasts a population of 617,996 inhabitants (2011) and is 177 square kilometers in size.

Downtown DC is the center of the city; it houses the Smithsonian Museum, the White House, Kennedy Center, the Washington Monument, National World War II Memorial, the Declaration of Independence Memorial, and the Vietnam Veterans Memorial. Other things to see and do include the US Capitol Building, the Lincoln Memorial, Jefferson memorial, National Natural History Museum, the Holocaust Museum, and the Library of Congress.

There are a number of festivals that go on throughout the year. Aside from the large celebration on July Fourth, there is the National Cherry Blossom Festival, Smithsonian Folklife Festival. The National Kite Festival by the Washington Monument, and Screen on the Green where classic films are shown for free on the Mall.

Washington DC is serviced by the Washington Dulles International Airport (IAD). It is located 41.8 kilometers right outside the downtown area of Washington DC.