Compare prices and find affordable car hire in Washington Airport. We search among multiple suppliers to find the cheapest prices. Unlimited mileage, the necessary insurance and tax are included in the rate given. 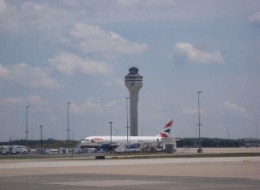 The Washington Dulles International Airport (IAD) is a public airport located in Dulles, Virginia and is approximately 26 miles outside of Washington DC’s downtown area. It is named after former president Dwight D. Eisenhower’s Secretary of State, John Foster Dulles. It is one of the busiest airports in all of the United States, providing services to over 23 million passengers coming from over 125 destinations all around the globe. In 2010, the airport handled 23,751,603 passengers, which was up 2.28 percent from 2009.

Once inside the Washington DC Airport, there are quite a few amenities that travelers may be interested in. These amenities include tourist information, car rental kiosks, shopping boutiques and restaurants, and ATM machines to withdraw money for the trip.