Compare prices and find affordable car hire in Oakland Airport. We search among multiple suppliers to find the cheapest prices. Unlimited mileage, the necessary insurance and tax are included in the rate given. 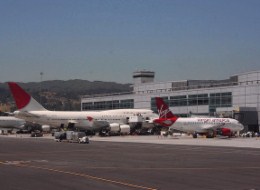 The top five airlines in regards to market share at the Oakland International Airport (in order of largest to smallest) are Southwest Airlines, JetBlue Airways, Alaska Airlines, US Airways, and Hawaiian Airlines. Other airlines serviced by this airport include Allegiant Air, SkyWest Airlines, SATA International, Delta Airlines, and United Airlines.

Guests of the Oakland Airport are provided with a number of amenities when they walk in. This includes eating options to grab a bite before or after a flight, shopping opportunities, ATMs and currency exchange centers, tourist information kiosks, and national and international car hire services offering good deals on a rental car.