Compare prices and find affordable car hire in Nashville Airport. We search among multiple suppliers to find the cheapest prices. Unlimited mileage, the necessary insurance and tax are included in the rate given. 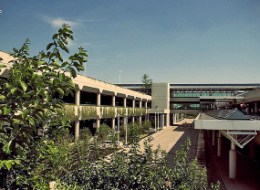 The airport has a total of four runways. The longest one is 11,030 feet and able to handle traffic from any type of aircraft that is currently being used.

Some of the airlines that service this airport include Air Canada, American Airlines, Delta Airlines, ExpressJet, SkyWest Airlines, Frontier Airlines, and US Airways.

The top five busiest domestic routes for the airport between September of 2010 and August of 2011 were Atlanta, Georgia; Dallas / Fort Worth, Texas; Denver, Colorado; Chicago, Illinois; and Charlotte, North Carolina.

The Nashville Airport is full of great amenities that individuals can use to their advantage whether they are coming or going from the airport. These amenities include national and international car hire kiosks, shopping opportunities, ATMs, currency exchange services, eating establishments, and tourist information regarding what to see and do while in Nashville, Tennessee.